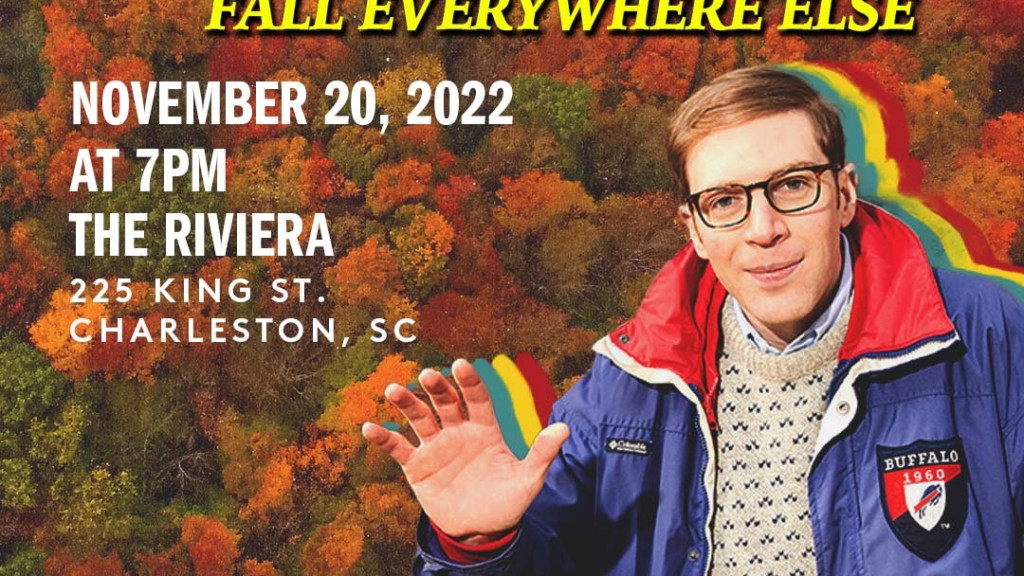 The Riviera, Charleston’s 1930s Art Deco theater, is excited to announce its upcoming show with Joe Pera on Sunday, November 20th. As a comedian, writer, and filmmaker, he is best known as the creator and star of Adult Swim’s television series Joe Pera Talks with You. Doors will open at 6 p.m., and the show will begin at 7 p.m. The concert is open to all ages.

Joe Pera has performed his subdued standup on Conan, Late Night with Seth Meyers, and Comedy Central. After his popular animated special ‘Joe Pera Talks You To Sleep’, he followed up with other projects for Adult Swim including ‘Joe Pera Helps You Find the Perfect Christmas Tree’ and ‘Relaxing Old Footage with Joe Pera’. Through his production company, Chestnut Walnut, Joe has also directed a number of film and tv projects including Conner O’Malley’s ‘Truthhunters’ pilot for Comedy Central.