Looking ahead to 2020, expect these Charleston-area hotels to open soon

From boutique properties rising on the peninsula to chain hotels opening in other parts of the region, the Charleston area can expect to see multiple lodgings open in 2020.

One new hotel is already accepting bookings. The Cambria in Summerville, which is part of the growing Nexton development, is taking bookings for April 2020 and beyond.

The Cambria Riverview is the second Cambria flag Choice Hotels has opened in the Charleston area. A third is on the way in Summerville. Provided/Choice Hotels.

According to a recent construction update, final exterior painting is underway. In the next month, landscaping will be completed, and exterior signage and kitchen equipment will be installed.

Another Cambria, which is an upscale flag from Choice Hotels, is rising in Greenville. The first of the brand in South Carolina opened in Mount Pleasant in mid-2018, and a second opened its doors in West Ashley this year.

A new hotel in North Charleston is accepting bookings even earlier, for Jan. 5 and later. The property off Ashley Phosphate Road is part of the Hilton flag Tru, which caters to budget-conscious travelers.

On the peninsula, a 45-key boutique property called the Saint Hotel, will start welcoming guests in mid-2020. Construction has been progressing for months, and the city’s Board of Architectural Review gave approval to a mock-up panel of the hotel at its last meeting.

The hotel’s overall design has had its final approval from the BAR since April.

The Charleston property will be owner D. Mark Wyant‘s third Saint-branded property. The first opened in New Orleans’ French Quarter, and the second is in Key West.

While the Big Easy lodging has what Wyant has described as a “playful” aesthetic — it includes a “Lucifer Suite” decked out in red and black and burlesque shows in the hotel bar — he’s said the primary goal of the Holy City location is to “embody and respect” the local charm and history.

Average daily rates at the East Bay lodging will be between $350 and $400. Wyant and wife Lorenda are designing the interiors for the common areas, bar, rooms and rooftop suite.

The hotel features a parking system that’s unlike any yet in the city: the state-of-the-art parking-stack system will allow 30 cars to be stored in a compact, below sea-level space.

Also downtown, another boutique lodging is expected to open closer to the end of 2020. The 50-room hotel is rising now at 61 State Street, a site that once housed the Asian fusion restaurant Sushi Blue.

The property is steps from Charleston’s City Market and adjacent to the Spectator Hotel, a high-end boutique lodging that has been open since 2015.

Scott Fuller of IBG Partners, which is leading the development, said construction has been moving along well, and that information about the hotel’s name and other branding details should be announced soon.

Also near the City Market, the re-branded concept being opened in the DoubleTree Charleston Hotel building is expected to open in 2020. The reinvention is the hotel’s first rebranding in more than 20 years and the first time it won’t be attached to a major hotel chain.

We’re starting a weekly newsletter about the business stories that are shaping Charleston and South Carolina. Get ahead with us – it’s free.

The hotel first opened as a Hawthorn Suites in 1991, and the flag was changed to DoubleTree in 1998. 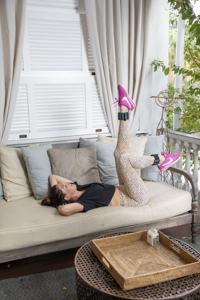 Visitors to South Carolina’s state parks are being invited to make their “best of” picks in a new survey. Categories include most improved park, best trail, best park for pets, best park for a selfie and cleanest restroom.

The survey is “all for fun,” S.C. State Park Service director Paul McCormack said, but could offer some insights on visitor preferences.

The survey is open through Jan. 10. Winners will be announced to park managers at their training conference in January.

Marathon Record Shattered at Charleston Marathon by Man in Exoskeleton